CDE - Center for Diversity and the Environment

David Lamfrom:
(Board Co-Chair)
David is honored to join the board of CDE after serving on the advisory council for many years. He is excited to help maintain, build, share, and hone the vital work CDE is championing. David has worked for the National Parks Conservation Association for nearly a decade. He has held increasingly responsible jobs ranging from field representative, to program manager, to Associate Director, and is currently the director of California Desert and Wildlife Programs. In this role, David works on policy, legislation, media, building community, and connecting desert voices to the administration and congress. David has worked to protect tens of thousands of acres adjacent to California desert parks from inappropriate development. He also worked to designate 3 new national monuments, including the creation of a new national park service unit. David is a published author and photographer who worked to develop the Tortoises Through the Lens program to teach diverse youth about the desert through photography. The result of that program was a published book of the student’s work telling the conservation story of the desert tortoise. That book was recently printed in the Spanish language. David formerly worked in the fields of wildlife biology and environmental science. He sits on the boards of several desert based organizations.

Sarah Janczak:
(Board Co-Chair)
Sarah is the Client Experience Manager at ThinkShout, a digital agency that works specifically with mission driven organizations. Her career in nonprofit technology started over a decade ago as the first Community Manager at NTEN. From there, Sarah spent five years as an Analyst and Senior Digital Strategy Consultant with Pricewaterhouse Cooper’s Digital Experience Center. A passion for helping create innovative solutions with limited resources to do the most good brought her back to working with nonprofit clients full time.

Sarah earned her BA in writing from Sarah Lawrence College. In her current hometown of Austin, TX, she also serves on the board of Salvage Vanguard Theater. When not working, Sarah writes and publishes poems. Her dog Nadia serves as an incredibly diligent proofreader!

Evan Smith:
(Secretary)
Evan is the Senior Vice President for Conservation Ventures at The Conservation Fund, where he oversees programs that invest in green businesses and working forests to generate economic, social and environmental returns. Evan joined the Fund in 1995 as a field forester and has gone on to work on conservation transactions protecting over one million acres of land. He credits his CDE trainings with expanding his worldview and inspiring him to use his position and privilege to make the conservation field more inclusive and impactful. He has B.S. in Geology and Master of Forestry degrees from Yale University. Previously based in Washington DC and Portland, Oregon, Evan moved with his family to Los Angeles in 2018.

Gabe Sheoships:
Gabe is the Executive Director of the Friends of Tryon Creek, where he leads efforts focused on community building, environmental stewardship and protection of the natural world. Gabe is Cayuse and Walla Walla from the Confederated Tribes of the Umatilla Indian Reservation. Gabe has spent his life along the travel corridors and pathways of the Columbia and Willamette Rivers, following traditional migratory routes of his ancestors. Gabe has dedicated his life’s work to protecting Indigenous First Foods, encouraging healthy ecosystems and empowering people to act as stewards of the land and water. In the Portland metropolitan area, Gabe has roots and relationships with Black, Indigenous, Immigrant and Refugee communities that date back to the 1980s. Through these relationships Gabe has built and advocated for change and continued support to meet community needs that have shifted and grown in his 20 years of work.

Along with his CDE work, Gabe serves as Board Co-Chair for the Willamette River Network, Board President for the Tributaries Network and Board Member for Freshwaters Illustrated, the latter two being nonprofit organizations. Most recently, Gabe was invited to serve on the City of Portland’s Planning and Sustainability Commission. As Adjunct Professor at Portland State University, Gabe instructs students in the Indigenous Nations Studies Program, Environmental Science and Management, and University Studies departments. Gabe has an MSc in Fisheries Biology from Oregon State University. Family, fatherhood, and friendship are what Gabe holds most important in this world.

Ruchi Sadhir:
Ruchi Sadhir is the Associate Director for Strategic Engagement & Development at the Oregon Department of Energy. She most recently served as Oregon Governor Kate Brown’s energy and climate change policy advisor, where she participated in UN Climate Change Conferences in Paris and Bonn and several clean energy legislative accomplishments during the 2015, 2016, and 2017 sessions such as coal to- clean, clean fuels, and an electric vehicle rebate. Ruchi also served as senior policy advisor at the Oregon Public Utility Commission, working on a range of matters related to the energy industry, transition to cleaner sources of energy, and climate change. Before her work in Oregon, Ruchi lived in Washington, D.C. where she helped lead development of renewable energy and electric transmission siting and permitting policy in the Office of the Secretary at the U.S. Department of the Interior, staffed the Obama Administration’s “Rapid Response Team for Transmission,” and was a law clerk at the White House Council on Environmental Quality.

Andrew Simon:
Andrew is the director of content at Grist, a nonprofit media organization working toward a planet that doesn’t burn and a future that doesn’t suck. Since joining Grist in 2013, Andrew has overseen the launch of special projects including the Grist journalism fellowship and the Grist 50. He began his career as a music journalist. He was an editorial assistant at Rolling Stone, a deputy managing editor at VIBE, and the managing editor at Complex Media. In 2008, he switched his focus to sports and joined ESPN The Magazine as a senior editor. In 2012 he became a senior editor at Fast Company, where he oversaw editorial franchises like Fast Talk and the Most Creative People in Business. He is co-author of the book Racing While Black: How an African-American Stock Car Team Made Its Mark on NASCAR. He lives in Brooklyn, NY.

Jonnie Ling:
(Treasurer)
Jonnie is the Interim Director at the Community Cycling Center where he has been employed for the last 11 years and whose mission is to broaden access to bicycling and its benefits. He first connected with CDE around 2011 through an equity audit of the Cycling Center. He was subsequently invited to join a year-long EE2042 training cohort in 2015. He found this experience transformative in his view of the world and began to use his power and privilege to work toward justice with love rather than fear.

Jonnie comes with 7 years of experience in non-profit leadership ranging from strategic planning to budgeting through his work at the Cycling Center. He also served as Treasurer on the board of Alberta Main Street for 3 years and was a director at large for the business association group Venture Portland for 1 year. He has been engaged with internal and external DEI educational projects as well as projects to collaboratively evaluate and restructure programs, policies, and practices rooted in white supremacy within his own organization as well as Alberta Main Street.

Ricky Martinez:
Ricky currently works in creative recruiting for Apple in San Francisco, where he is passionate about creating a diverse workforce. He was previously a co-lead at the LGBTQ+ employee group Pride@Apple when he worked for Apple in Austin, Texas.

In a previous life, he was a legal videographer, working for a firm that specialized in maritime disasters and traveled the world filming depositions.

Ricky attended Boston University for his BFA in Painting and Art History. He is from Hawaii and loves to travel and make comics.

Ronda Chapman:
Ronda has been a CDE family member since its early days in various capacities. She is now excited to serve as a committed board member.

For the last two decades, Ronda’s bi-coastal career has included work in the non-profit, higher education, and municipal government sectors with her current role being a senior associate with PolicyLink, where she leads the organization’s water and climate equity initiatives. However, she credits her relationship with nature for much of her knowledge; understanding the need for seasons, experiencing the stories carried by the wind, learning how to wait out the storms and finding joy beneath the smallest stone.

Ronda wants nothing more than to witness an anti-racist nation in her lifetime. It is her belief that CDE is a critical part of that journey.

Mychal Okine Tetteh:
Born and raised in Portland Oregon, Mychal Tetteh’s public service career started with Portland Parks and Recreation (PP&R) in 1997 as a lifeguard and swim instructor at Peninsula Park. He concurrently worked for PP&R at Rose City Golf Course in the pro shop and with the course maintenance crew. After receiving his diploma from Benson High School with a Computer Science focus in 2000, Mychal went on to achieve his bachelors degree in Forestry from Tuskegee University while participating in a wide variety of environmental studies and career experiences in SD, FSM, HI, OR, AL and SC over 5 years.

After returning home from school, Mychal’s career in public service has seen him rise from the role of Retail Associate to Director of Operations and ultimately CEO of a local-area environmental non-profit: Community Cycling Center. Applying his skills as an entrepreneur and his imperative to advance community outcomes he successfully launched a not-for-profit grocery store in an affordable housing community: Village Market. In pursuit of environmental outcomes in the transportation sector, he was tapped to lead the implementation of the City of Portland’s first carbon-fuel tax funded transportation investment program: Fixing Our Streets. He currently leads the City’s park-centered transportation engagement programming: Sunday Parkways.

His commitment to public service sees him volunteering his time as a mentor, non-profit board member, social-enterprise advisor, PTA fundraiser and DEI practitioner. In his spare time Mychal enjoys spending time with his wife and two children outdoors.

Joya Banerjee:
Joya provides strategic counsel to social change leaders and organizations, with a particular focus on breaking down silos, building field capacity, and developing new partnerships. She is currently a Senior Fellow with the US Water Alliance, and also serves as a Senior Advisor to the Environmental Policy Innovation Center.

Joya led the Environment Program at the S. D. Bechtel, Jr. Foundation and developed a ten-year grantmaking portfolio designed to advance a more sustainable, equitable water system that can meet the needs of people and nature and adapt to the stressors of climate change.

Before her work in philanthropy, Joya was an attorney at Latham & Watkins and worked for the City of New York. Joya graduated from the University of Southern California, and she received a Juris Doctor degree from Columbia Law School. Joya currently serves on a range of advisory boards; she is a board member for the newly formed state California Water Data Consortium, the San Francisco-based 826 Valencia, and most recently, the Center for Diversity and the Environment. Joya enjoys climbing trees and building driftwood forts with her two boys. 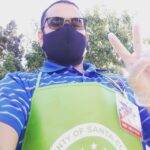 Rahul Devaskar:
Rahul Devaskar is a new board member to CDE, and is thrilled to be part of the movement. With experiences in sports & recreation, public engagement, and community relations, he hopes to better understand the applications of a decolonized approach towards conservation, sustainability, and stewardship.  Rahul currently serves as the Director of Community Relations and Quakes Foundation Director at the San Jose Earthquakes soccer team.  Born to immigrant parents from India, Rahul is of Marathi/Brahmin descent, and is working to better reflect on how Caste privileges influence the South Asian Diaspora in the United States.

He reps House Hufflepuff at every opportunity, and resides in the Ohlone/Tamien region referred to as San Jose CA.